Please don’t judge me when I say metal isn’t my kind of music.

But then again my taste in melody producing bands or individuals is anything but simple. Rock, yes, when I feel like it. Country, tick  (I know, I know). 1950s, yup. Pitch Perfect soundtracks, yes, please. And on and on I could go. You get the idea. My music taste is pretty much along the lines of anything goes. So, when Ben decided he’ll take me to Sabaton concert, I was OK with it.

Ooops, I only know one song 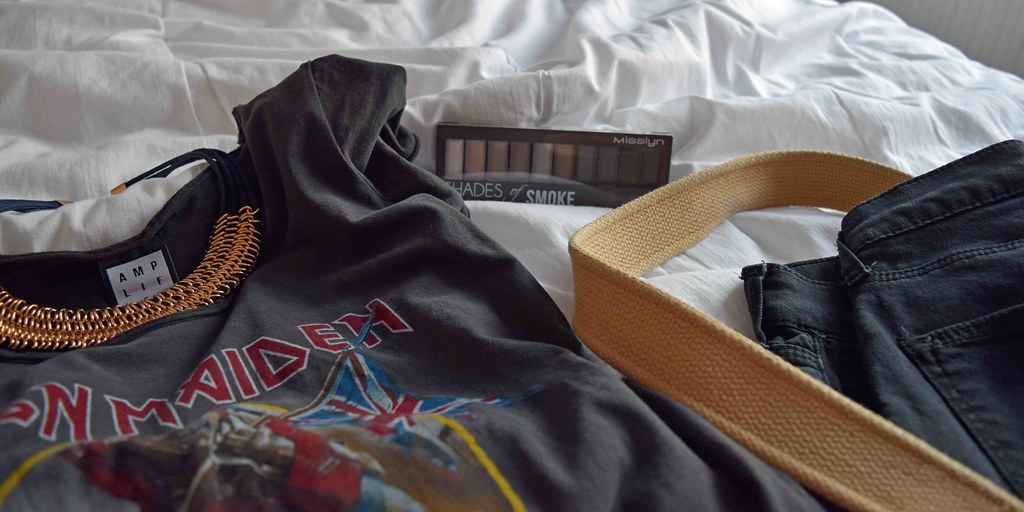 It’s probably quite useful knowing a few songs when going to a concert, which meant I had a lot of homework to do. After all, the only song I knew was Primo Victoria and some from the same album that I’d probably recognise. And since it was a busy week at work, I didn’t feel expanding my musical education was on the cards. I had to focus on the important stuff aka. what will I wear and how on earth do you do a smokey eye? 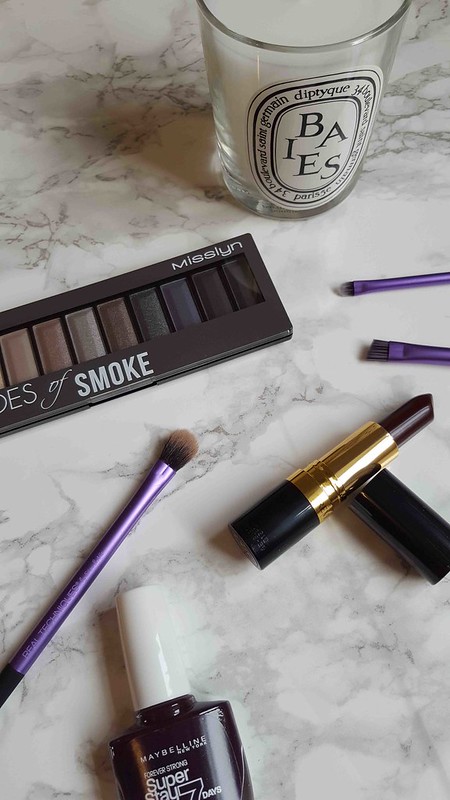 It’s an appropriate heading I think seeing Sabaton’s album is called the Art of War. And getting ready for a metal gig was an art as far as I’m concerned. First of all, my makeup routine consists of face cream, foundation, simple eye liner, one shade of eye shadow all over, mascara and blush (if I can remember). For this I need exactly two different brushes and about 10 minutes. 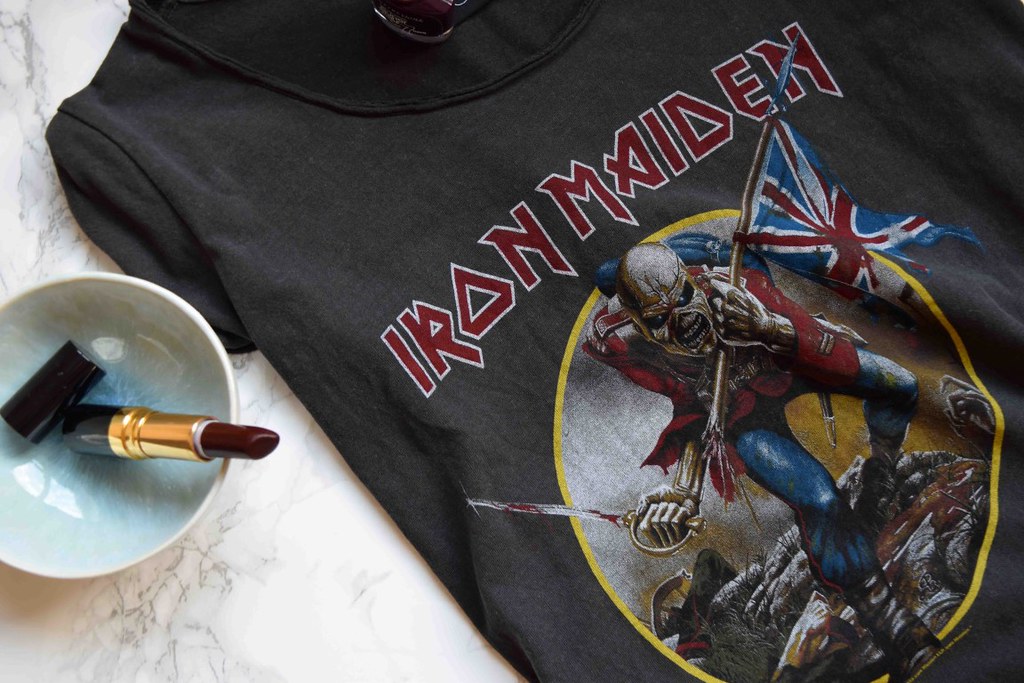 The realisation that you cannot create a smokey eye with one brush (old one at that) and a very limited eye shadow collection dawned on me quite quickly. Luckily, Christmas solved that problem because my parents gave me a Smokey Eye palette. Phew. And since I was on the roll, I grabbed two sets of Real Techniques make up brushes too, one for the face (it’ll come in handy one day) and one for the eyes. 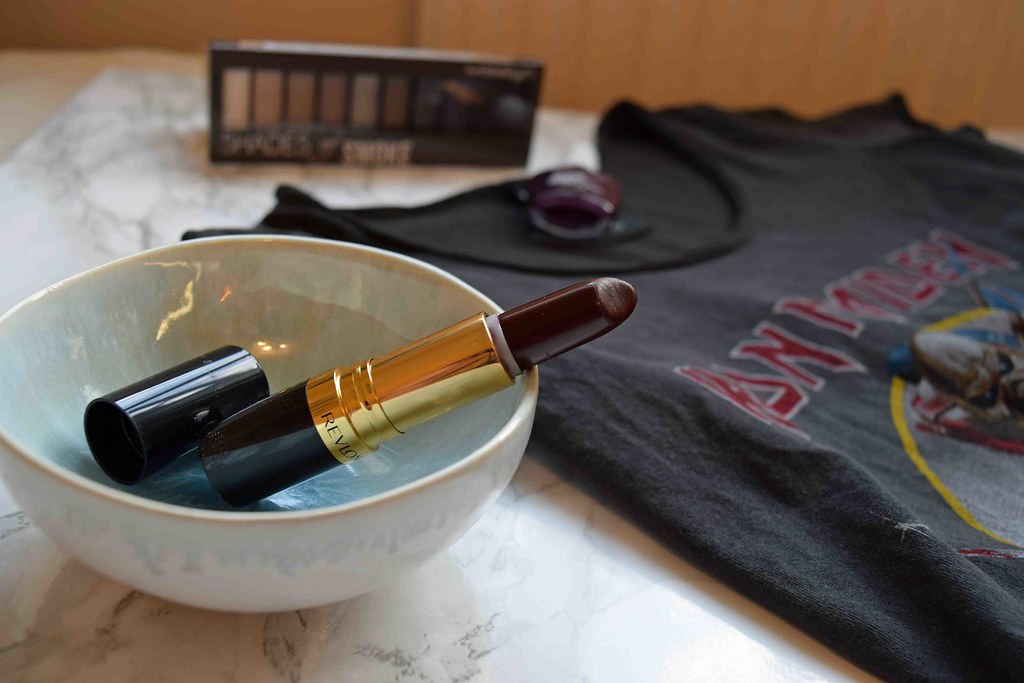 As far as I knew I was set, so I sat down and waited for Saturday to arrive. That was a bit of a mistake. If you don’t do makeup a lot, practice. On Saturday, after watching a YouTube tutorial, I was in a full blown state of panic. Not only did I not have exactly the same products that the girl in the video had, I didn’t even know that such a thing as the eye primer exists. Live and learn.

After watching every tutorial available, I did what any girl would do. I improvised. Yes, I may not have the same shade, but there’s a similar one. The end result was anything but the one in the video, but it was good enough. As far as I was concerned, there was enough black smudged under my eyes to make me look the part while I still felt a bit like myself. 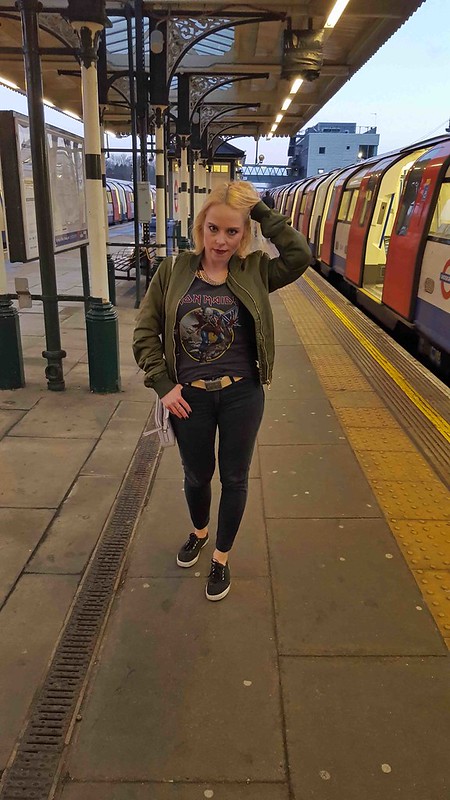 I’ve Got Nothing To Wear 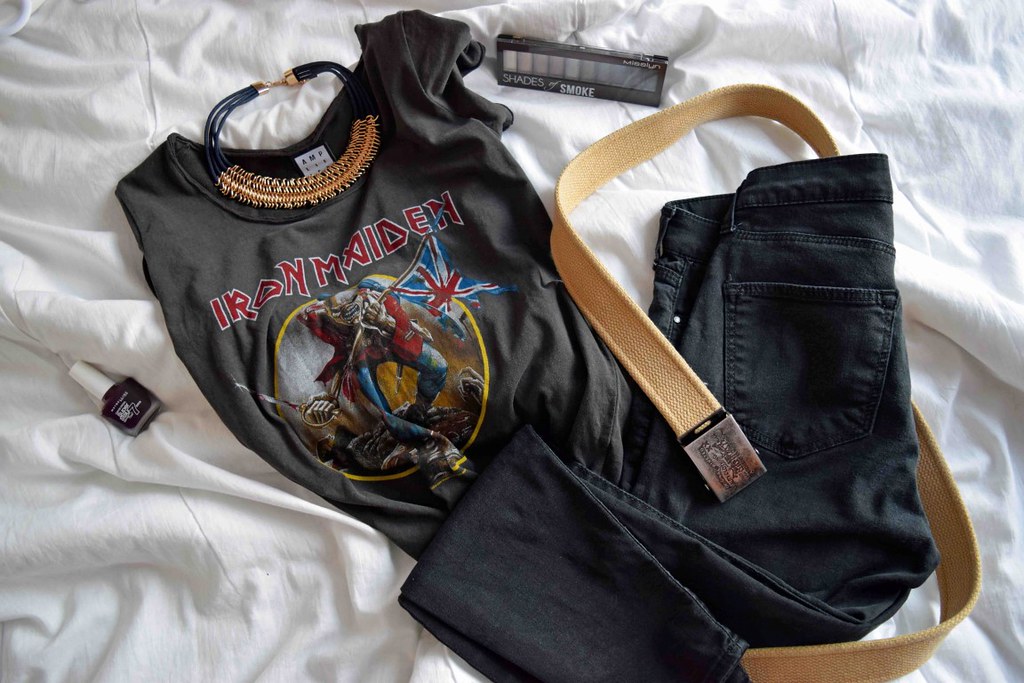 Lesson learnt with makeup. It’s all about practice and not waiting till the last minute. At least my metal gig outfit was sorted. Ben kindly bought me an Iron Maiden T-Shirt, so at least I could stop fretting on that front. Pair it with dark jeans, dark trainers and a bomber jacket and I was ready. My silky hair just needed to be messed up a bit and I kept my fingers crossed that they’ll stayed messy. 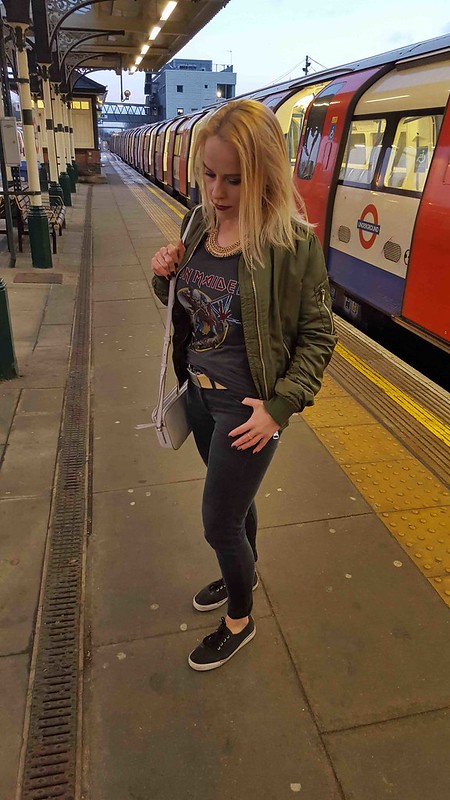 Fish out of water would be a good description. Metal gig isn’t my usual habitat. There were no cocktails to start with (not that I expected them to be) and my neck still hurts from my head spinning around trying to take it all in. But this year I’m all about trying new things, so it was definitely a very new experience for me. And I discovered a new song that I quite like. If I need to get something done or am feeling slightly angry, Sabaton’s Primo Victoria or Shiroyama definitely get me into the right mood.

Have you recently done something that’s out of your comfort zone? How was it?

Make sure you don’t miss any posts and follow me on Bloglovin’.

Why Living With Parents Might Be A Good Idea

This is a slightly unusual post coming from me. There are a few reasons for this. Firstly, I'm not in...