If cold and dark winter nights are good for anything, it must be reading. There’s nothing better than snuggling up on the sofa with my favourite blanket, a cup of matcha and a good book. I’m reading at a speed of light at the moment and I love the peace and quiet it brings. Living in London we often forget how to relax and unwind. I find myself rushing all the time, even when I’m in no hurry to get anywhere. But pass me a book (or a Kindle

) and you’ve got me settled in place for hours.

Our bodies and minds need that quiet time. I wrote about claiming some time for yourself and how it helps us boost our performance. It’s no surprise that I spend most of my me-time reading. One of the benefits of a good book in your hands is that it can help reduce stress. No matter how hectic your job or life are, losing yourself in a story, helps us escape those worries for a while.

And what’s more, reading isn’t just a solitary activity. Just think about all the book clubs out there, they are amazing for meeting new people. Thanks to Poppy Loves Book Club, I came across The Ship by Antonia Honeywell, another one of those books I’d probably never read on my own. 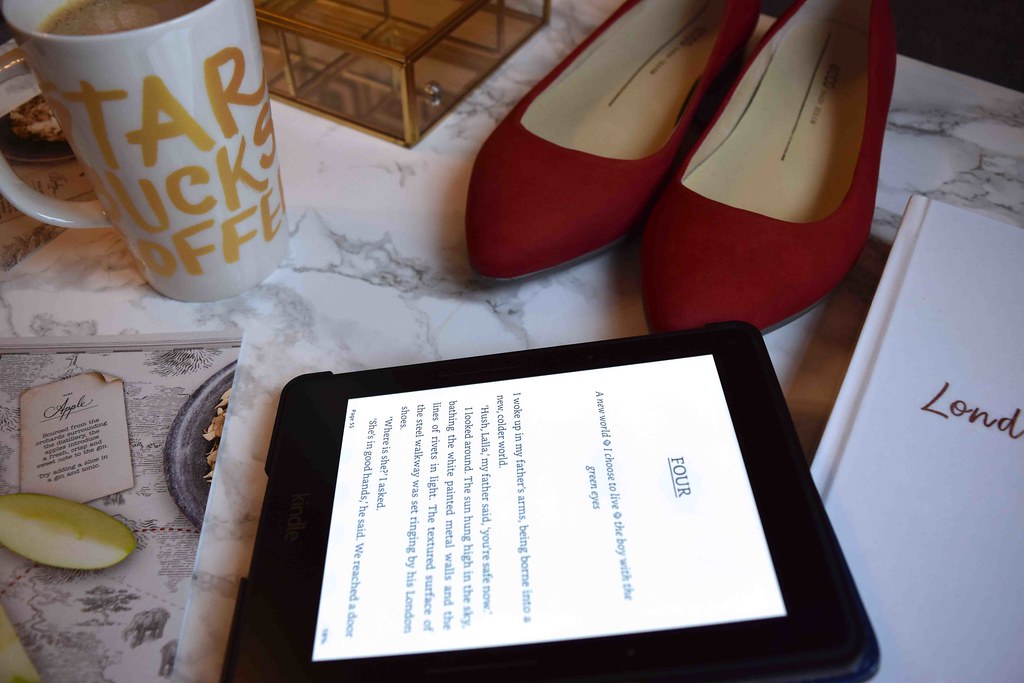 The Ship is Antonia Honeywell’s debut novel, published in 2015. Like so many films, it’s set in dystopian future. Welcome to London, but not the city we love. London’s full of destroyed buildings, Regent’s Park has been bombed, there’s homeless people everywhere. Surveilance is omnipresent. If you don’t have an ID, you don’t exist. We have destroyed the planet, there’s no natural resources left and governments are doing everything in their power to reduce the population.

This is the world in which Lalla, our 16 year old protagonist, is growing up. She’s trapped between the four walls of the appartment she shares with her parents. Her mother takes her to the British Museum, or what’s left of it, to provide some education, while her father is more absent than not.

Michael got very rich and influential throught the software he invented and he’s got a plan to get his family to “safety”. I can’t decide if Michael Paul, Lalla’s dad, is a visionary or a maniac with a God complex. But regardless of what he is, he manages to get Lalla on The Ship together with 500 carefully selected individuals. The Ship resembles a sort of a Noah’s Ark, but with a distinct lack of all living creatures. Everyone on the ship seems to be just happy they survived.

People on board the ship all slowly follow wherever Michael leads and worship his every word. Nobody, apart from Lalla, seems to question where they are going and what’s actually happening. She’s a typical inquisitive teenager, but her character is immensly annoying. Maybe that’s a good thing, maybe that’s what teenagers are supposed to be like.

Lalla’s mother doesn’t survive long enough to see what the ship has become. The mourning period that the protagonist goes through is depicted really well, but Lalla slowly comes out of it and starts noticing the limited world around her. Despite people being supportive, she cannot accept that they have left so many behind. She undestands that they have lived through horrors and are happy to be alive. But she is her mother’s daughter and feels there must be something they can do. 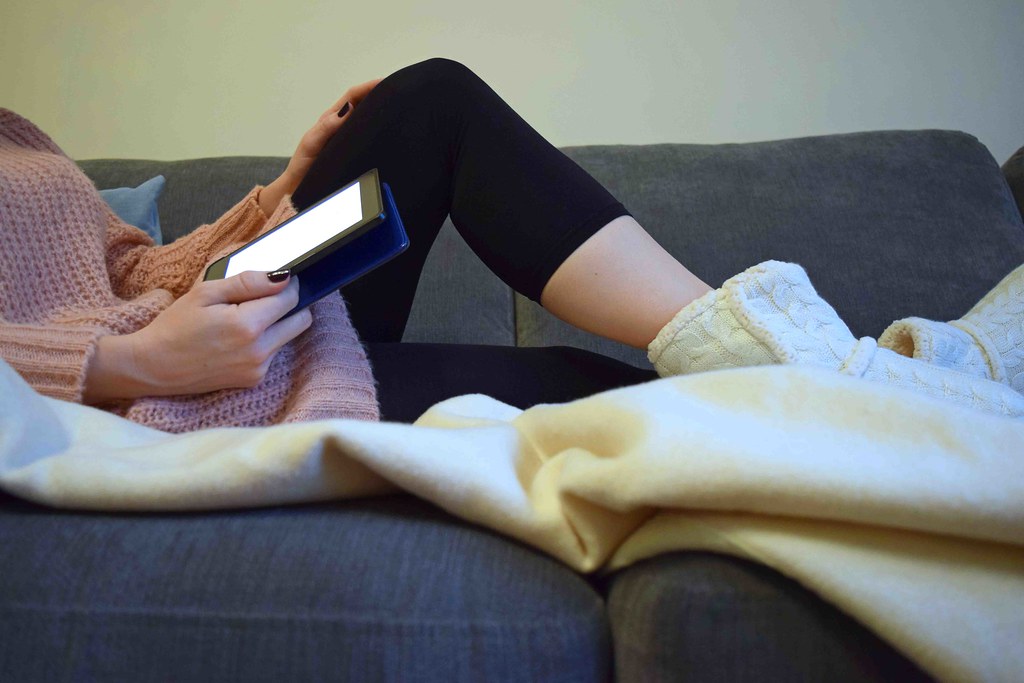 Michael actively encourages everyone to forget the past, to live in the present. However, Lalla can’t do that. She doesn’t want to forget her mother and she wants to know there is hope and future. Antonia Honeywell depicts the present as so dire that there seems no hope whatsoever for the population away from the ship. Lalla wants to turn the ship around, go back and share the provisions, but unlike everyone else on the ship, she can’t see this isn’t a longterm solution. To everyone else, the return seems more like a suicide.

Lalla’s presented with a glimpse of what the future may hold as there’s Tom, a sort of boyfriend, she could create a life with as long as they remain on the floating fortress. 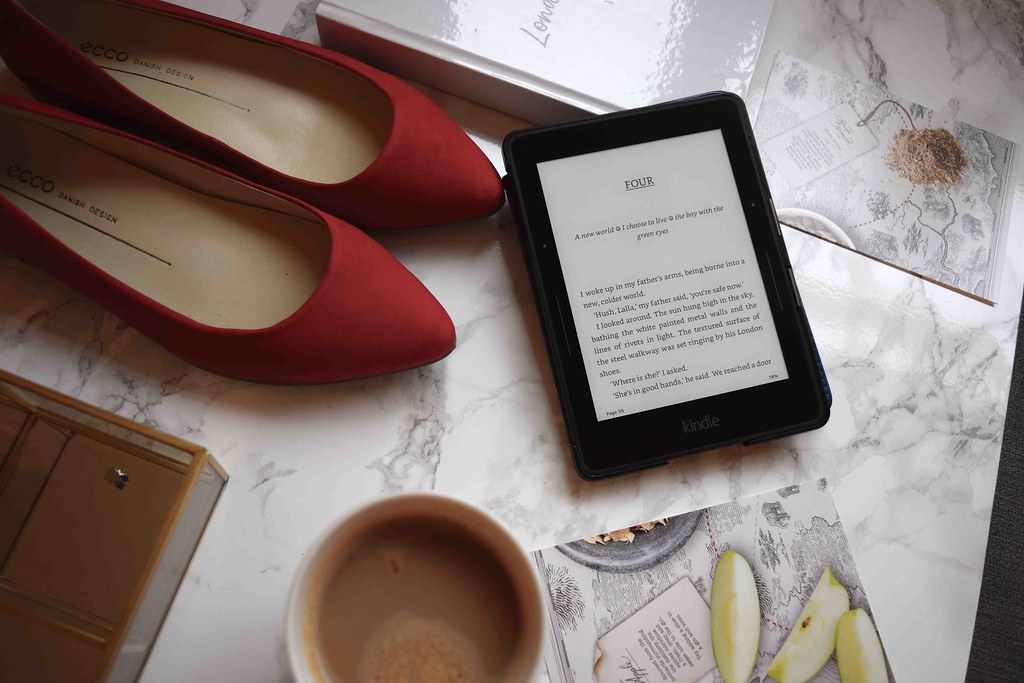 I have really enjoyed this book. And I really disliked the characters. Lalla’s mother kept putting the departure off, thinking the situation will change. Lalla’s dad presented himself as everybody’s father and built a cult of personality, which is disturbing to no end. And Lalla. She is a rebellious teenager, who refuses to listen, but who is also deeply scarred by her mother’s death and images of people being gased. Despite the characters being unlikeable, this is a really good book.

This book also gives us some food for thought. The natural disasters, crops failing and bees dying out are all too real and happenig at the moment. This is another reason why this book really hit home for me. Is it really a far off, dystopian future, or is it a world that we’ll all get to know ourselves?

If you want to know what I feel most comfortable in while reading, shop my look below.

Best Books to Read: A Proposal to Die For Book Review

Yes, I read a lot. And as a result I'm often asked what are the best books to read. To...