We finally got around to trying a new restaurant last week and it was such a pleasant experience that I just have to blog about it. Talli Joe describes itself as “Best Indian Restaurant in Covent Garden, London”, which may sound pretty cocky, but the restaurant setup and the idea of sharing platters and cocktails inspired by regions of India, helps them distinguish themselves from the other Indian eateries.

The location on Shaftesbury Avenue, just moments away from Seven Dials and Cambridge Circus works really well when you’re meeting your friends for a night out.
And that’s exactly what we did. We caught up with our old housemate, headed to Talli Joe in Covent Garden and had a whale of a time. Luckily, we booked a table, so we didn’t have to wait for one. I’d recommend booking, but a lot of their tables are reserved for walk-ins only. 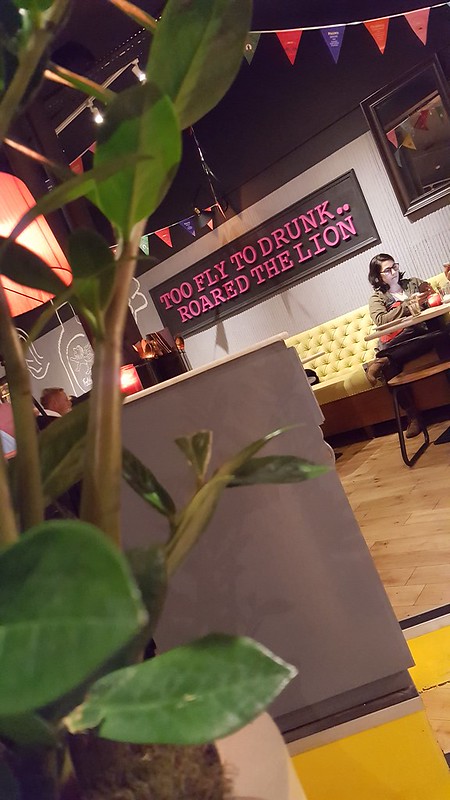 We love Indian food, so adding another Indian restaurant to the list of places we want to go and will continue going to was right up our street.

Ben and I quickly decided that we have to try our favourite Cuban cocktails with an Indian twist. A mojito for him and a Piña Colada for me. The Bengal Mojito was delicious, you could taste the rum (which is a must when drinking a mojito) and the jaggery syrup gave it that Indian flavour. Masala Colada was perfect too, not as creamy as the ones I had in Cuba, but that’s alright as this one was made with Masala tea shrub and should remind me of a completely different part of the world. 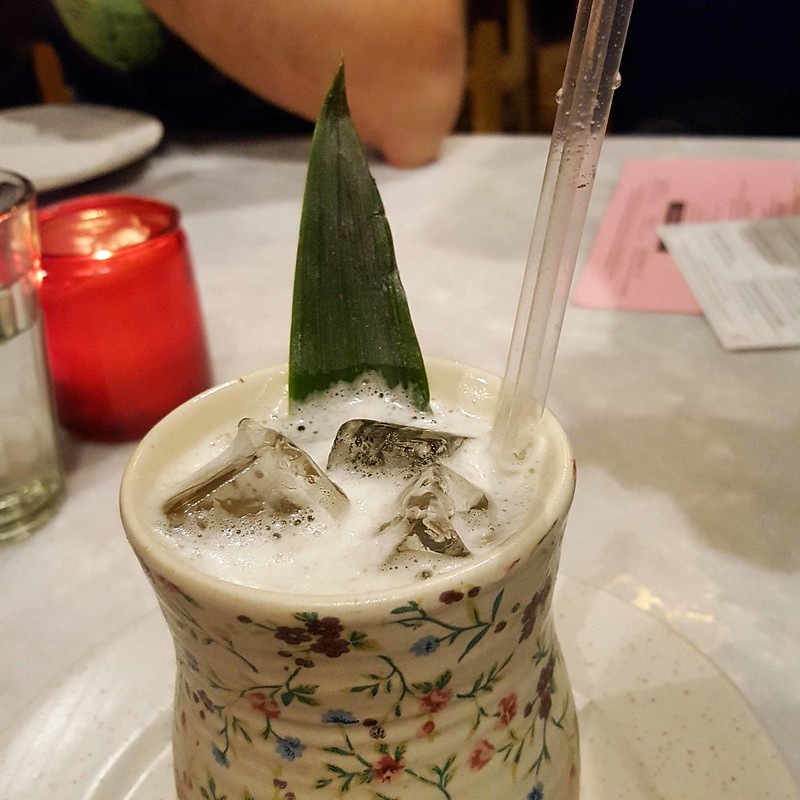 I love the idea of sharing platters. It means that you get to try more and I’m always up for that. We each decided on two or three dishes and agreed to share them three ways – apart from the Himalayan Pulao, which is wild mushrooms with wild rice, as the boys don’t trust fungi 🙂 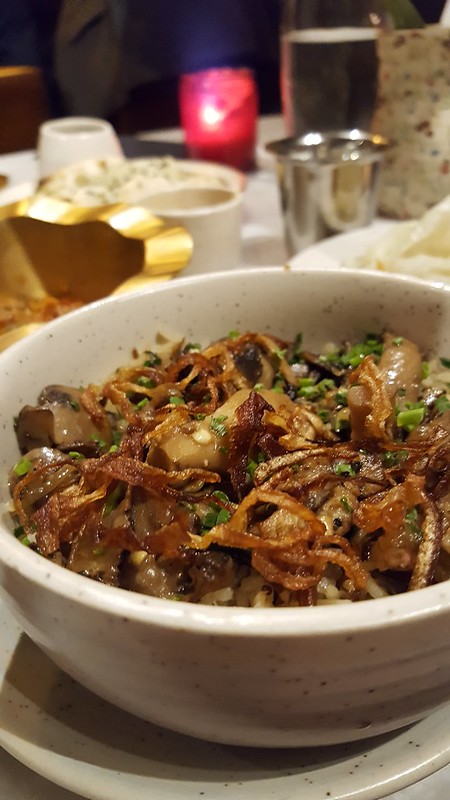 We tried the starters, which I could describe as pickles, rice cakes and Indian breakfast cereal. I know, it doesn’t sound exciting, but the taste was much better than my general description. The breakfast cereal, Chana Jor Garam, was my favourite. It’s spicy and tangy, so it’s no wonder it’s such a popular street food snack. 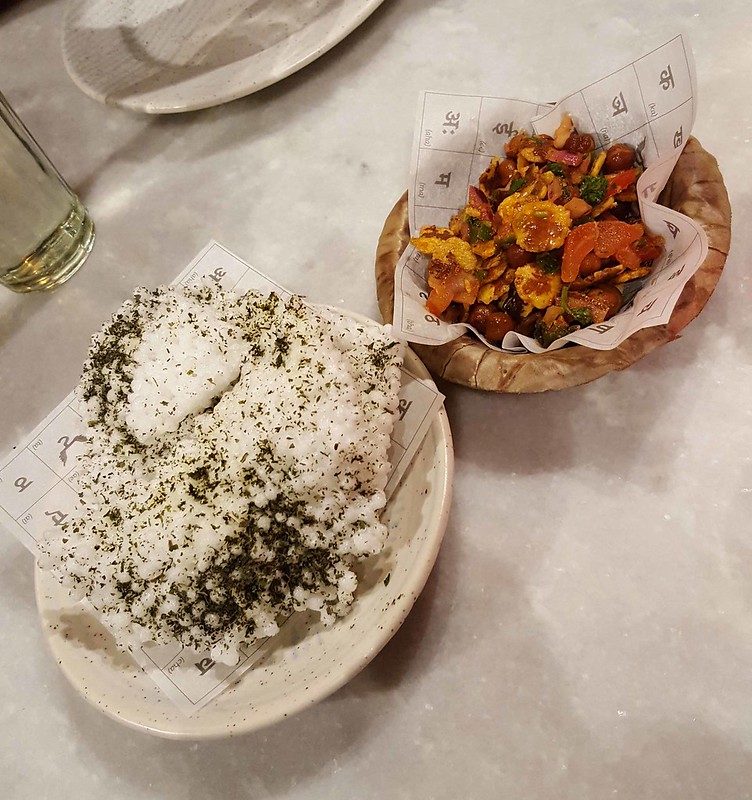 The starters were followed by an explosion of Indian tastes, we tried veggie dishes, chicken, lamb and I had to order Dahi Kulhad, a lightly sweetened yoghurt, to help me handle the spice. 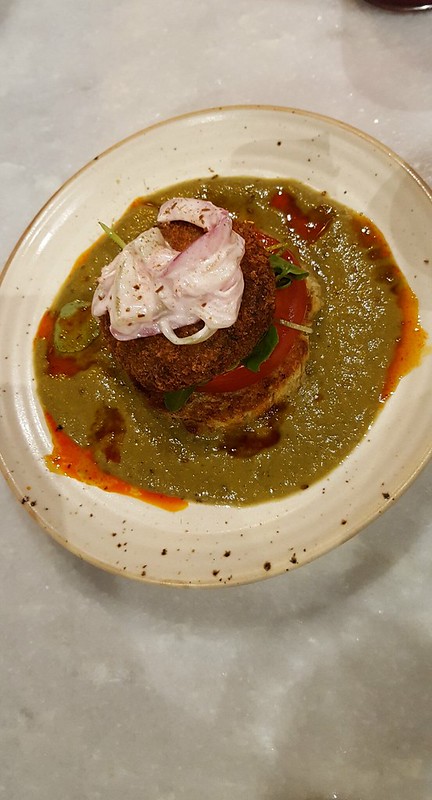 Desi slider, banana blossom and black chickpea slider, fenugreek curry, watercress and saag salad was the tastiest of them all. I know that when I go back to Talli Joe, this one will find its way to my table again and again. 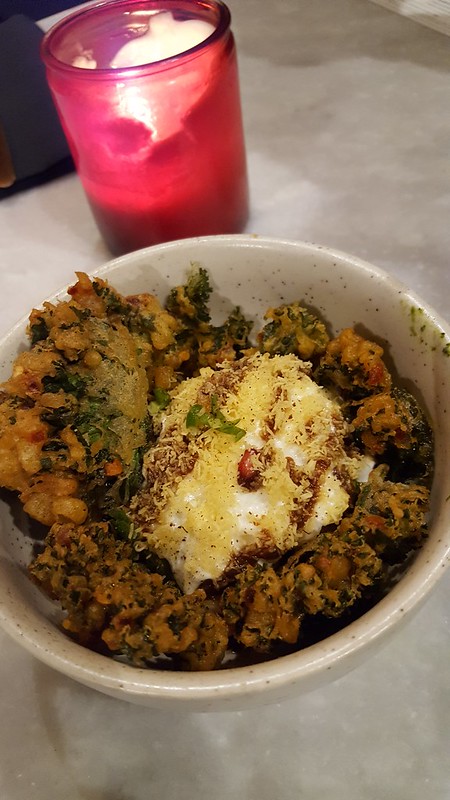 Kale Chaat is Delhi street food of crispy kale, potato, pomegranate, sweet yoghurt and as everything else we had that night, it was yummy. 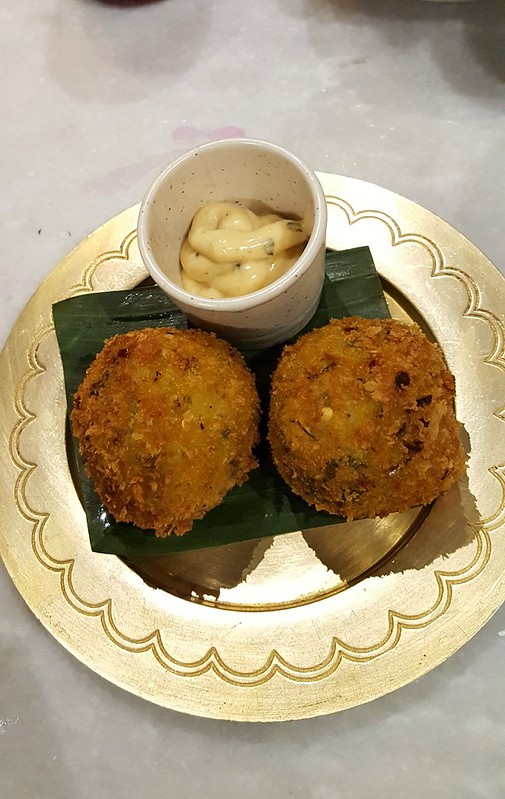 Devilled Quail Egg, crabmeat Scotch-egg, tadka mayo was delicious. Crustacean’s meat was slightly spiced and wrapped around a runny egg, the yolk just runny enough to bring a glimmer to our eyes. 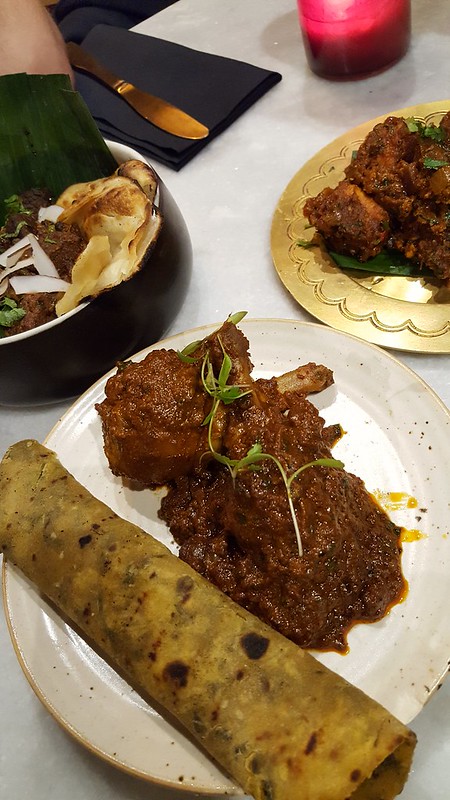 Gol Baari Kosha Mangsho is lamb roast on the bone with luchi. It’s inspired by Gol Baari of Kolkata and Talli Joe doesn’t lie when they say they’ll take us on a journey of discovery through modern India. 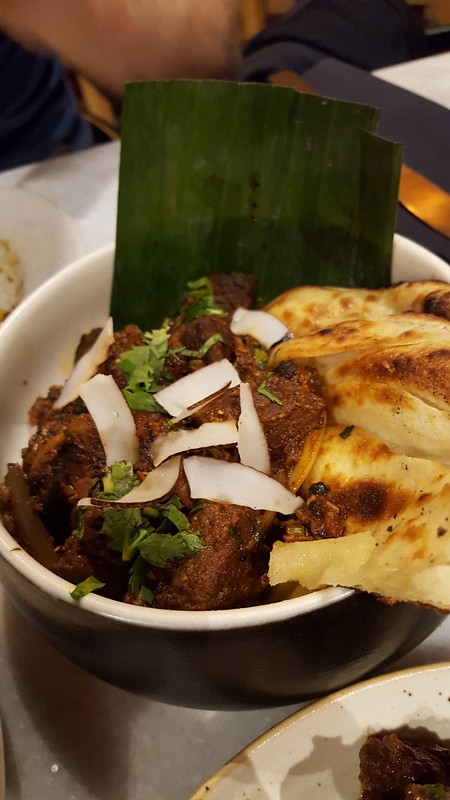 Kochi Beef Fry, beef pepper fry and paratha, added to the many varieties of bread we tried at Talli Joe. Ben and I followed it with Konkani Seafood Curry, a coastal seafood curry with tender coconut and neer dosa was simmering away in its flavourful sauce, covered with bread and it was magical. 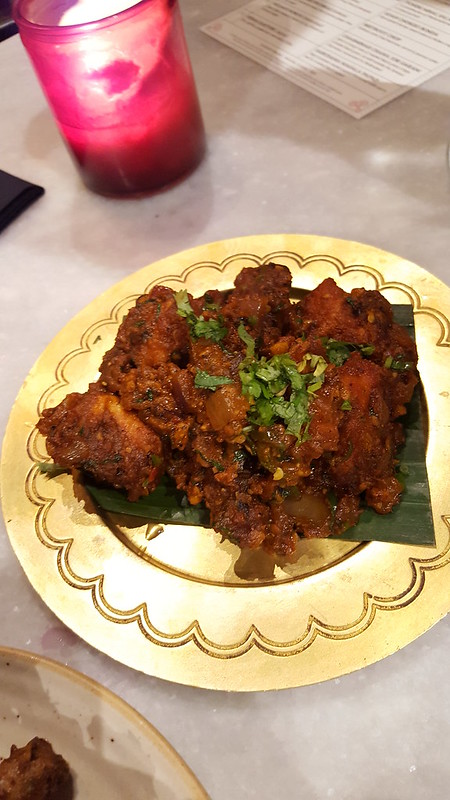 Chicken, stir-fried chicken tossed with South Indian spices & curry leaves, was a diversion on the path of our Indian discovery as we branched away from red meat and went down the poultry route. And the ride wasn’t bumpy at all, so we decided to stay on this path and order Bohri Chicken as well. This one is cooked with a secret combination of masalas of the Bohri community and served with Gujarat and fenugreek flatbread. 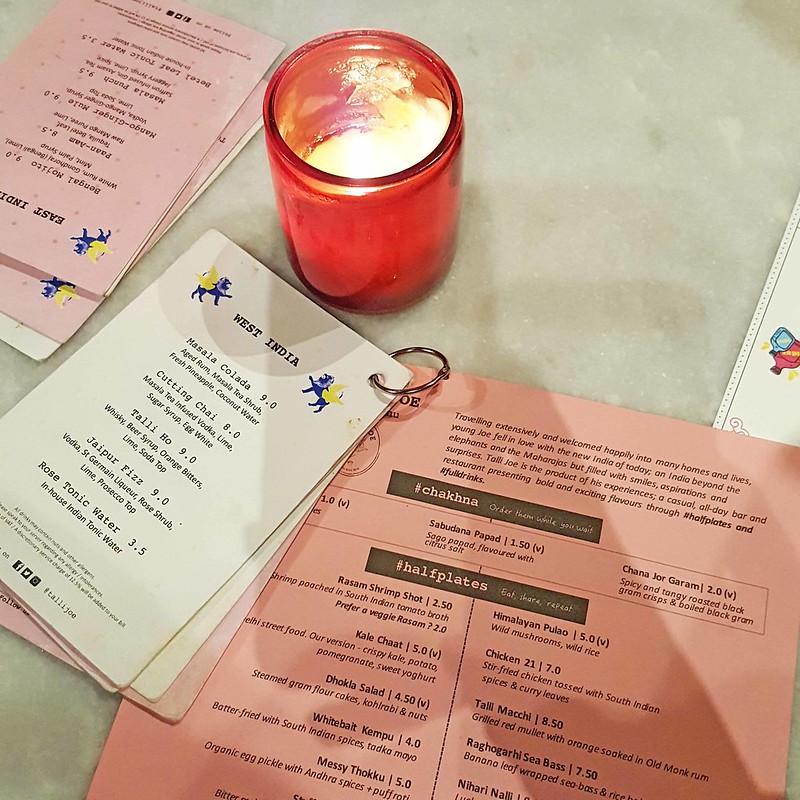 Talli Joe does two things right, the amazing food and casual service. Their drinks are good, but it’s definitely not a bar you only go to for cocktails, it’s an Indian restaurant serving tasty food and interesting drinks.

Follow me on Bloglovin’ for more restaurant reviews and other ramblings. Or leave me a comment, so I can discover your blog. xx

Social media has become an essential part of growing your brand or blog quite a while ago. Working in SEO,...