Happily sailing through the second trimester. Yes, we only told people we’re pregnant when I was already 25 weeks down the road. The main reason for that is that in the UK this is the time you have to tell your employer. So, we thought, might as well go for it now. There was no public pregnancy announcement, most of my Facebook is still blissfully unaware, but that suits me just fine.

And to be fair, for me it mostly was. At some point during these three months the back pain went MIA, I returned to the land of the living and no longer spent most of my days asleep.

It’s the time when the combined screening test has been done and you know if your baby is more or less likely to suffer from either Down’s, Edward’s and Patau’s syndrome and as such is the time when most of us finally take a deep breath. 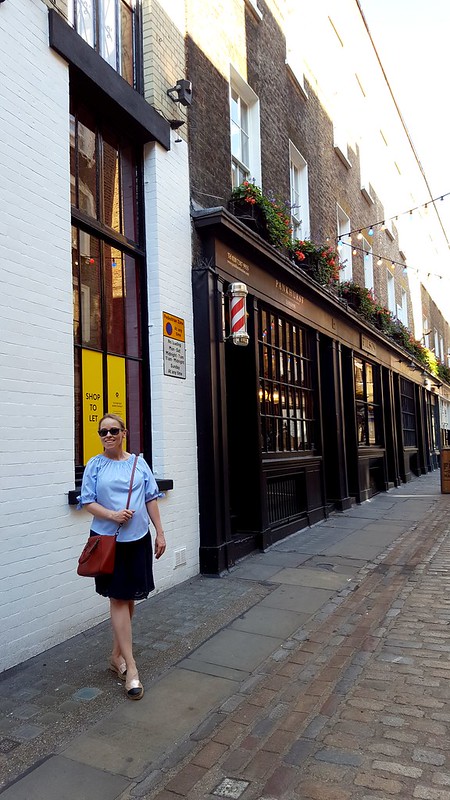 This was the time when I discovered maternity clothes shopping and got increasingly frustrated because I mostly didn’t like anything.

You all know I’m a casual dresser living in my jeans, so bump-hugging and showing off dresses really didn’t take my fancy. My first pregnancy shopping expedition resulted in me buying a bunch of regular tops in a larger size and then feeling like I’m wearing a tent. Not a good idea. Because we (or especially me) wanted to keep this baby a secret till week 25, I was fairly limited in my choice of clothes.

And so I went from someone who loved getting dressed in the morning, and selecting a pair out of my large shoe collection to someone who had five tops on rotation and barely took her Supergas off her feet.

All the heels were packed away in shoe boxes (see you next year my loves!), all the gorgeous summer dresses moved out of the wardrobe only to be replaced by hello-bump items and I stocked up on maternity and nursing bras (which are surprisingly comfortable, so that’s pretty much what I’m wearing around the home now, and Ben’s shorts, because they’re comfier than my own).

Of course it’s not all just plain sailing.

There has to be something that knocks you off your stool during this time too. For me it was round ligament pain. During 22nd week this pain got so bad I was pretty much unable to turn around in bed, put my socks on, or lift my arms. I was diagnosed with muscle strain and almost signed off work. Luckily, after a week of working from home or as I called it from my bed-fort where supported by numerous pillows I continued to do my daily workload, the pain receded sufficiently for me to be able to dress myself.

Another major step in the second trimester is week 24.

As my What to Expect App tells me, this is the time when your baby becomes viable. This means that if the baby were to be born, it has a chance of surviving thanks to modern medicine. Another deep breath and some more weight lifted off your shoulders.

And then there were baby’s kicks and punches. During the first trimester I kept being asked if I felt the baby move. And I had no idea if I had. Was that a baby or my bowels? There were flutter-like feelings, but being a first time mum, I had no way of knowing if that’s the baby or my wishful thinking.

But the further along you are in the second trimester, the more pronounced the movement gets. All of the sudden, I knew it really is the baby. Our little Trooper is fairly good, she tries not to kick my bladder (very much appreciated) and mostly aims her kicks at my belly.

During week 26 we also started noticing her movements as she is now sufficiently strong to make my belly move. We read that Ben can hear her heartbeat now if he puts his ear on my belly and we tried this yesterday only for him to get kicked in the head twice. Erm… I don’t think we’ll be listening for that heartbeat anytime soon again. 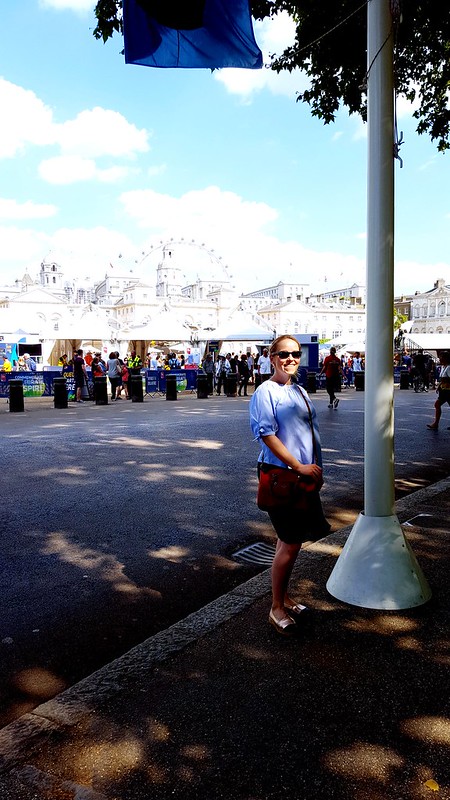 With baby’s movement there lurks another worry.

Our Trooper is fairly active, so when I couldn’t feel her move for a day, that nagging doubt was back with a vengeance. “What’s wrong?!” Cue obsessive Googling (we all do it despite being told not to).

You soon learn that babies have their off days too. There may be a day of growth spurt and the baby’s tired and decides to take a nap, after all they’re only human. Good old Google suggests you lie down on your side for a couple of hours and count kicks. If there’re ten in that time, your baby’s just fine. Of course, we should monitor the movements after week 28, but from what I’ve learnt there’s usually no cause for concern if your baby’s not moving 100% according to schedule. I mean, we also have a lie in at the weekend after all.

Another benefit of the second trimester is the return of the foodie.

I’m back to eating everything, well, for some reason kale is still off the menu, but I’m happy to have said goodbye to crackers. The one thing I noticed is that I can’t eat large portions or as large as I used to. It gives me terrible heartburn. Internet tells me that’s because my stomach is going from being vertical to being horizontal, so smaller portions a few times a day it is. Although, I still manage to stuff myself silly on some days, I try not to because having Gaviscon on a drip really isn’t my idea of fun. 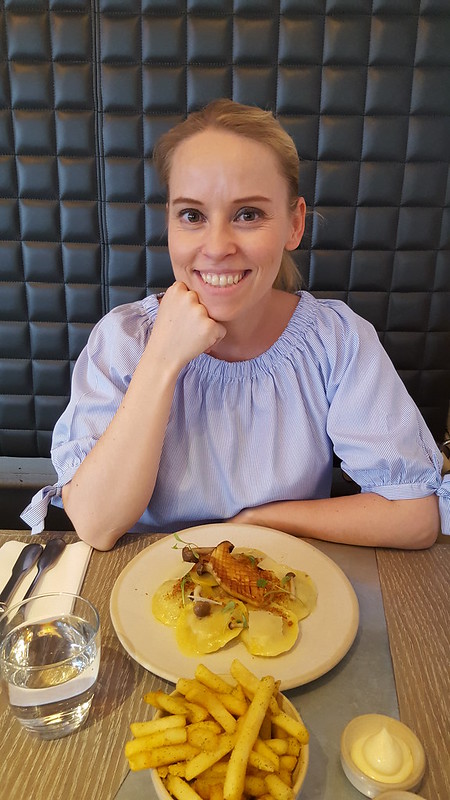 Since we’ve had the best summer in the last century over here in London, I’m also thrilled to report that coffee doesn’t make me gag anymore. While I stick to not going over 200mg of caffeine per day, having that one small iced latte or a cold brew is pretty much the highlight of my day. I only wish I could make this pure enjoyment last longer.

What I’ve also got used to is not having any alcohol. I wasn’t a big drinker before, but summers call for cold cider, Aperol Spritz or a Pimm’s and those are all a distant dream at this stage. Right now Coke Zero or Diet Coke is what I order at our local pub and when I feel particularly adventurous I go for blackcurrant lemonade. This has caused a minor friction in my social life because my favourite cocktail bars are no longer a place to go, but I’m counting down the days till Trooper arrives and then I’ll have a very much deserved glass of bubbly.

Are you a people pleaser and is this costing you your peace of mind?