It’s been about a week since the last book review on London Damsel, but what a week it’s been. I’d love to tell you all about it, but it’ll have to wait till another, more suitable post. For a while, a book review of The Other Hoffmann Sister will have to bridge that gap and satisfy your curiosity.

Recently many books came my way before they were published and I’m really thankful to all the publishers, in this case The Little Brown Book Group, for the opportunity to read and review them.

The Other Hoffmann Sister is a story of a German family, who move to German Southwest Africa in 1902. Ingrid and her older sister Margarete start a new life on a farm that their father bought from Baron von Ketz.

Both sisters need to make do without other children their age apart from Baron’s son Emil and Hans, who is mixed race. Ingrid is the brainier one, so Hans starts teaching her French and Margarete is soon sent over to Baron’s house for frequent visits. Those visits intrigue Ingrid, but she never learns much about them.

One night the family needs to run away as there’s an uprising and as a result they return to Germany. A wedding between Margarete and Emil, who is now Baron von Ketz, is announced, but it ends in tragedy as Margarete disappears on their wedding night. It’s assumed she committed suicide.

Ingrid is intrigued by her sister’s disappearance, but the First World War throws everything into chaos and Ingrid needs to forget about the mystery for a while. After the war she returns to the von Ketz’s estate to finally try and learn about her sister’s fate. 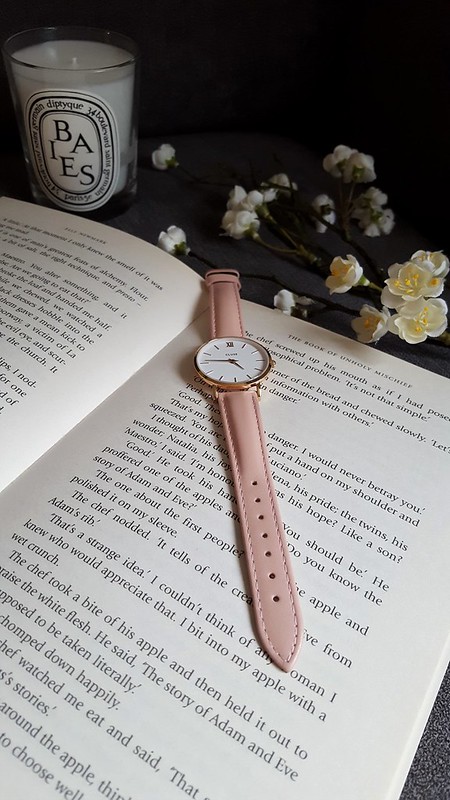 A Love Story, a Historical Novel or a Mystery

I have never known a lot about Germans in Africa and The Other Hoffmann Sister has opened my eyes and made me more interested in that period. Reading about German relationship with some of the local tribes, about the uprising and the destiny of the native people were all topics I haven’t known anything about before. Post war Germany is depicted pretty well, especially the dangerous cities, lack of suitable men, the impact of war on all soldiers and civilians, as well as the fight for a more socialist republic. Again, the topics I didn’t have much knowledge of.

There are quite a few historical events in the book, but there’s also hints of a love story. The teenage Ingrid has feelings for Hans and dreams of running away with him. A grown-up Ingrid still thinks about what happened to Hans after their escape from Africa and she also has him to thank for her translating skills. She works for the government until they don’t need her anymore and she’s always translated poetry.

I also found it interesting when she’s talking to people about publishing her translations of poems that were written by women and the men’s attitude towards it. These events show us how far we’ve come as a society with women having decent rights (although we still have a way to go).

Ingrid’s best friend is very much involved in politics and trying to change the country and every once in a while the reader stumbles upon fairly long conversations between the two women, which I felt weren’t adding much to the story. In fact, they distracted me. I understand the need for these conversations as they paint the background and add to the historical fiction part of the novel, but to me they just didn’t feel natural enough.

We must love Ingrid’s inquisitive charcater and her stubborness. She’s a woman with a job in the time when not many women had a job. She hasn’t married young and neither does that occupy her head too much. And I loved that (you all know how I feel about strong female characters). But there are times when Ingrid annoyed me no end. She seems to be on a quest of discovering what happened to her sister and then she gets distracted and then starts all over again. This caused some variation in the pace of the novel too. And this changeable pace made it difficult to read at times.

I’m glad that there were dates and years informing the reader of the time in which a chapter was set. Without these, I’d end up terribly confused.

All in all, I’m glad I read this book. If you enjoy a bit of intriguing family secrets and want to know what happened to Margarete, then you should definitely read The Other Hoffmann Sister.

Falling in Love With Kyoto

I haven't published a travel post in ages, which is strange seeing that 2016 took us to three different continents....