Don’t forget to read my first post Dream Holiday in Cuba Part One before continuing.

We woke up in Havana on a Friday morning feeling human again. The air-con in the room was on such a strong blast that I was actually freezing the whole night long. The cover you get is a thin sheet, which makes perfect sense since the outside temperatures are never really below 30 degrees, but the inability to turn down the air-con made me long for a thick 13-tog duvet.

Breakfast at the hotel was delicious though. Eggs with ham, freshly squeezed guava juice and my ever favourite cafe con leche, a very hot milky coffee. We also finally managed to find out when we were being picked up from the hotel by our tourist guide and since we had till 3pm, we decided to explore Havana on our own. A friendly hotel receptionist gave us a map and we checked our Lonely Planet Guide

for the spots to discover. Soon we were walking on Malecon, enjoying the sun and heat and taking numerous photos of colonial architecture. The houses are amazing, some are so deteriorated it’s a miracle they still stand and an even bigger one that people live in them, but some have been restored to their formal glory. Lots of houses are being done up now, I’m not sure if it’s because of the USA slowly releasing the embargo or just a coincidence. I was more than happy to take about a million photos of every single house. 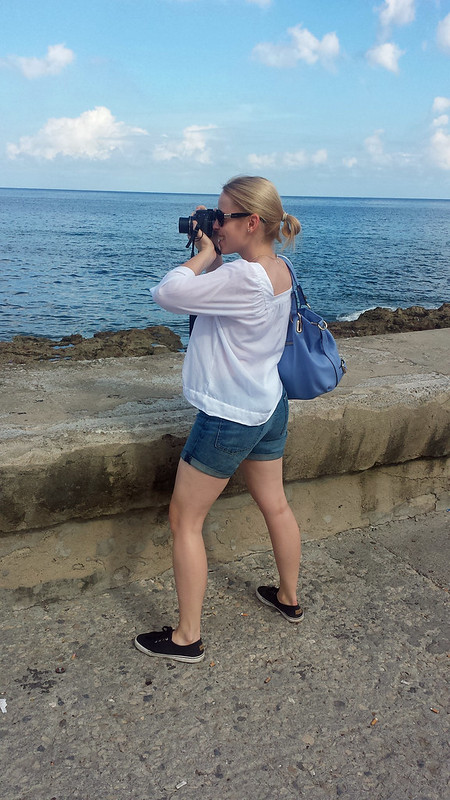 We enjoyed the walk despite the incredible humidity, but just the thought that we escaped the grey November in London, brought a smile on my face. Havana is an incredibly pretty city and its people are one of the friendliest I’ve ever met. We were stopped by a man close to Morro Castle, who knew we arrived the night before, where we are staying and noticing our baffled expressions, he quickly added, he’s a security guard at the hotel. It’s amazing they remember you and then even stop you in the street. He warned us about the dengue fever breaking out in the old town and was more than happy to spend a day showing us around. We politely refused as we had a Havana tour booked for the following day and only wanted to spend Friday, relaxing and enjoying our first day. And we did enjoy it. We walked around Havana’s beautiful squares, there are four main ones, the Cathedral Square, the Old Square, the Arms Square and the San Francisco de Asis Square. Our favourite by far was the Arms Square, despite the Old Square being the prettiest. Arms Square just had a special charm for me, with its endless book stands, old architecture and you could feel history in the streets surrounding it. At the Cathedral Square we were surrounded by two ladies wearing “traditional” clothes who were determined that we’ll be photographed with them. They grabbed Ben, planted a kiss on his cheek and I happily snapped a couple of photos. Of course nothing comes free, so we left about 5 cuc worse off (100GBP gets you about 140cuc). 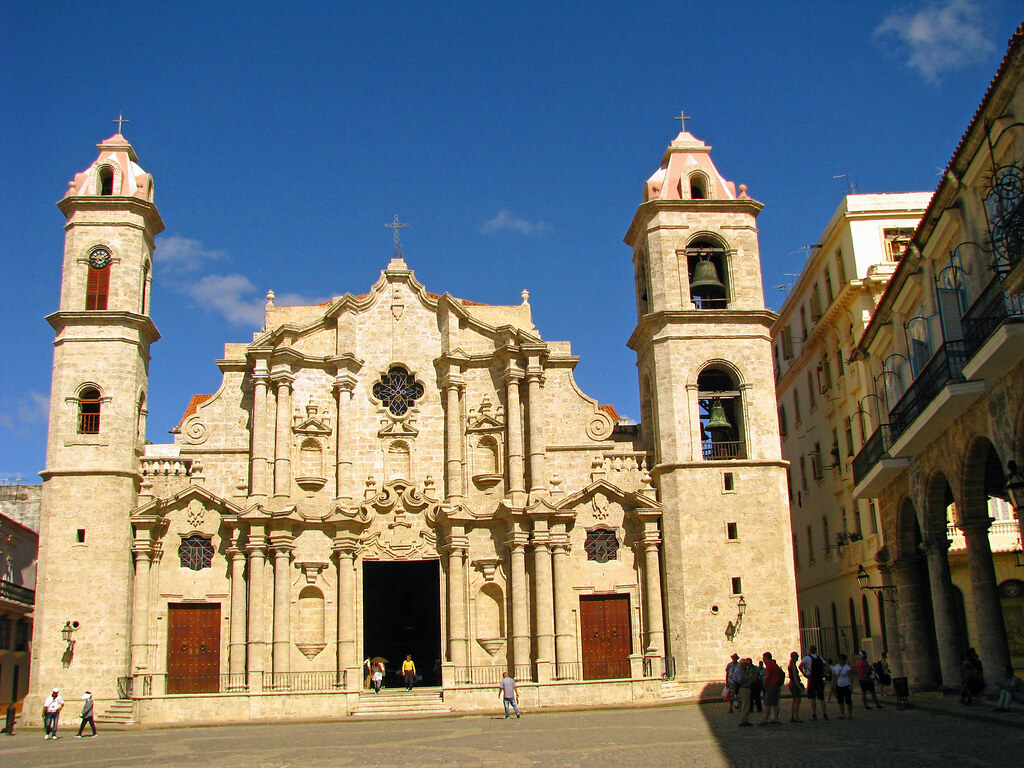 Roaming the streets we stumbled upon La Bodeguita del Medio, Hemingway’s old haunt and now a major tourist attraction serving the most expensive mojitos we had in the whole of Cuba. But that didn’t stop us from sitting down and finishing three each while enjoying the band and observing the throngs of tourists being taken for a quick mojito by their tourist guides. Lucky us, we had all the time in the world to just sit there and feel like Hemingway back in the day. After all the rum and the 5cuc mojitos, we needed some food, so we headed back to Obispo and La LLuvia de Oro for a delicious Cuban sandwich and more Cuabn music. Almost every bar or restaurant has its own band who delight everyone by playing those happy salsa tunes. Totally up my street. While wandering around the Capitol building we were stopped by a lady, who turned out to be a cleaner in our hotel and we had a quick chat about how much we love Havana, we sat down on a bench in China town to enjoy a bit of shade and then slowly headed back to our hotel where we met our guide at 3pm. Nayibe and Julio, the driver, gave us a lift to our new hotel, Memories Miramar. As the name suggests, the hotel is situated in Miramar, a posh area of Havana, about 15 minutes by taxi from Old Havana, where you find most embassies and according to Nayibe, all the rich people. The hotel caters for the all inclusive crowd, but our package included B&B only, which was alright as we spent most of the days outside. We paid for the buffet the first night, but it was pretty ordinary, good food, but nothing to write home about (but after the mojitos, it was excellent). The bonus of the hotel was the outside bar and a decent swimming pool, so we were able to cool down after running around Havana for a whole day. On Saturday Nayibe took us around Havana and was pretty surprised when we told her we walked around the day before. She decided we’ll skip Bodeguita, despite our mojitos already being paid for, and go for a few drinks in a different bar. We had delicious piña coladas that were so creamy it felt like drinking a milkshake. Surprisingly, mu cocktail was a virgin one and I was told that women often get the non-alcoholic version. This prompted us to talk to the waiter who simply brought the bottle over and started topping up our drinks with rum. And they are very generous when it comes to rum. For those of us who grew up in socialism, Cuba brings back some memories, mostly when you walk into country owned restaurants. The resemblance is uncanny and I can’t explain it, but people who grew up in 1980s Slovenia or similar, will know what I mean (or would know as soon as they stepped into one of those restaurants).

We spent an hour or so at the Morro Castle, a fortress walking around and enjoying the sea breeze before we headed back to our hotel for a relaxing afternoon. In the evening we went out to Rosalia de Castro for the unmissable performance by the Buena Vista Social Club. For 30cuc each, we got to see the show and enjoy 3 cocktails each, a piña colada, a mojito and a daiquiri. It was all more than worth the money paid. And we finished the night by riding back to our hotel in a classic car, a privately run taxi (one of the very few private ventures Cuban people are allowed). 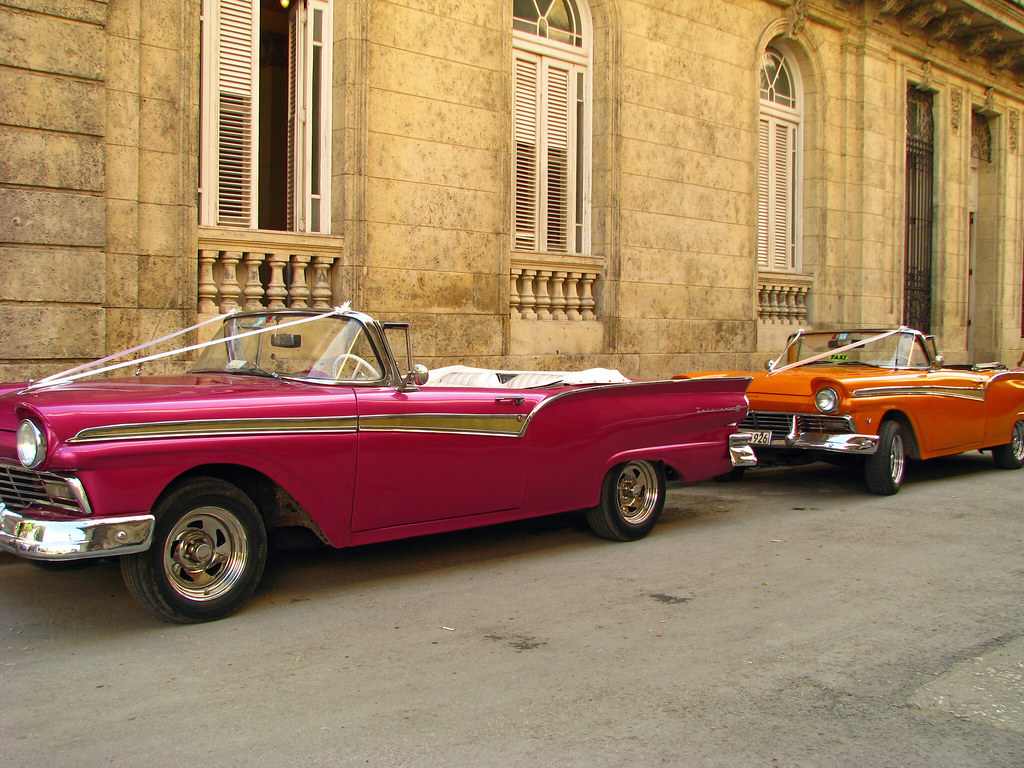 Don’t forget to come back next week to read more about our holiday in Cuba.

Books You Should Read: The Throwaway Children

Books I have read and books you should read I haven't written as much as I probably should in the...