Hiding your pregnancy and battling through the first trimester might as well be the title of a horror movie if you ask me. For the majority of the first three months I was in a rotten mood, a shadow of my former self. Even Ben told me I was a completely different person (after I’ve graduated from my grumpy zombie phase to almost human). So, no, there was no glowing pregnancy and happy mummy to be. It was mostly me on the floor crying “I can’t do this.”
Ten things nobody tells you about the first trimester.

1. You may not be sick! We all know about morning sickness aka being sick all day long. I was lucky. I didn’t throw up once despite feeling queasy every once in a while. So far so good. However…

2. Back and pelvic pain. Around week 6, I woke up at 5am one day in excruciating pain. It felt like my lower back is breaking. Of course I thought it was not sitting properly at work or sleeping funnily, but when the pain didn’t reduce after 6 hours I got a bit worried. Dial 111. They asked me about my symptoms and basically told me they’ll send an emergency ambulance. Erm, OK. Luckily, we live close to a hospital, so I told the kind people on the line to save the ambulance for someone who really needs is and I’ll make my way to A&E. I’m such a trooper 😊 Turns out that the excruciating pain was nothing out of the ordinary. Your body’s changing, ligaments are getting loose, you’re full of hormones, so welcome to pregnancy. And, you can take some paracetamol.

3. Back and pelvic pain continued. My crippling pain was relentless. All in all, it took 8 weeks for it to disappear. This resulted in me not being able to average more than an hour of sleep per night and feeling like a zombie during the day. No position, sitting, lying down, nothing was comfortable. Tube journeys were difficult. Sitting down at work ended in me kneeling on the floor in pain. For. Eight. Weeks. Hence me crying on the floor saying “I can’t do this.” 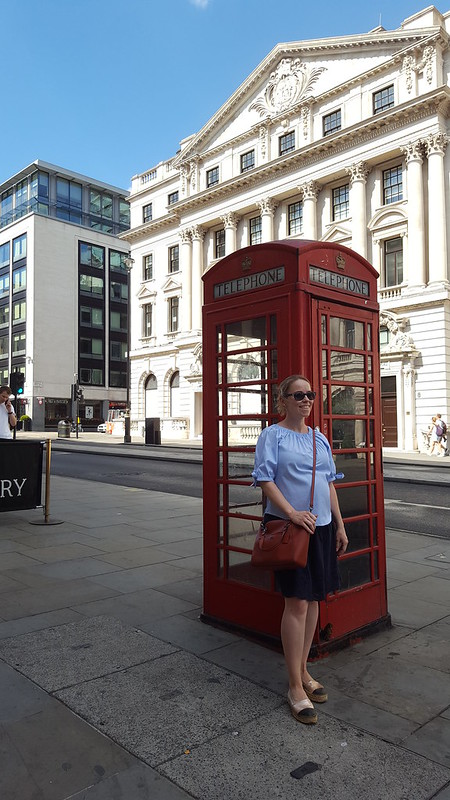 4. Foodie who? Food doesn’t appeal anymore. At some point, food was off the menu. Completely. Which ends up worrying you because everyone tells you about a healthy diet you should be on. Well, for a few weeks, my healthy diet consisted of ONLY the most plain water crackers and some plain pasta with a knob of butter if I was feeling extra generous to the baby. Eating for two? More like eating like a person lost in a desert without provisions.

5. Pregnancy Pillow Saves Lives, but your partner will hate it with a vengeance. We call mine a snake. Because of the back pain, I got one straight away and Ben doesn’t fail punching it at least a few times a week and staring at it as if it’s his mortal enemy. But it’s worth the money. When you get used to it, it really helps you sleep on your side.

6. Bloating, Constipation and other Bodily Functions a Lady Doesn’t Talk about. Who would have thought that you will miss the morning poo. Sigh. Cue eating loads of fibre and drinking three litres or more each day and…. Still nothing. No wonder pregnant women end up with haemorrhoids.

7. Exhaustion. I’m not sure if mine was brought on by extreme lack of sleep or whether it was just another typical pregnancy symptom. But there was a point towards the second half of the first trimester and some of the second one when I could sleep all the time. Weekends were a blur as I moved from the bed to the sofa, turned the telly on and was asleep within 10 minutes. A Place in the Sun: Winter Sun rocked me to sleep with the gentle conversation and the sound of the ocean. Handmaid’s Tale had to be viewed on repeat before I managed to get through the entire episode. The thing was, if I was horizontal, I was asleep. Day or night, who cares.

8. Coffee, where art though? While in the early stages and even before, I tried weaning myself off coffee. I used to drink loads, so I thought, better detox slowly rather than going full cold turkey once pregnant. Honestly, I needn’t worry. First trimester put me off the brew 100%, I just couldn’t stomach it.

9. Feeling completely lost. This is our first baby. And neither one of us had any clue about what needs doing. Doctor’s appointment? When to tell people? When to tell work? What’s a self-referral? I called my GP’s office and tried making my first appointment and they said “Oh, we won’t see you until you’re around 25 weeks.” And hung up. Erm… I eventually found out I need to self-refer, which included selecting where I want to give birth and it caused a hormonal meltdown. How am I supposed to know where I want to have this baby? I’m only 4 or so weeks pregnant. HELP! Luckily, there’s always Google, forums and apps for pregnant women suffering a breakdown powered by hormones. I learnt that I can change my selected place of birth until the baby’s pretty much out. Phew. So, self-referral done, I had to wait 2+ weeks to get an appointment date. And for a new first time mum that was stressful. I now know that the first appointment won’t happen before 8 weeks (unless you’ve a risky pregnancy or had a miscarriage before), but waiting for that letter in those early days took away the last shred of sanity I still possessed.

10. Your bump is completely normal. You could spot mine fairly quickly. Not only thanks to bloating, but also to a newly discovered fibroid that decided it loves pregnancy hormones and grew to the size of a grapefruit in no time. But more on fibroids at a different time. So, don’t worry if your bump looks big or small in that first trimester. We’re all different. I kept googling bump images and comparing mine to other bumps online just to reassure myself that it’s all normal.

11. There’s no rule about wearing maternity clothes. I added the 11th pregnancy secret because I sneakily added two back pain ones. But yes, don’t worry if you grabbed your first pair of maternity jeans around week 8. Some women have a completely flat belly and can get away with wearing their normal clothes around the fifth month mark, while some need a belly band and steal their boyfriend’s shorts before they hit two months. Yes, I love Ben’s shorts, they’re the most comfortable clothes ever and he’s never getting them back. 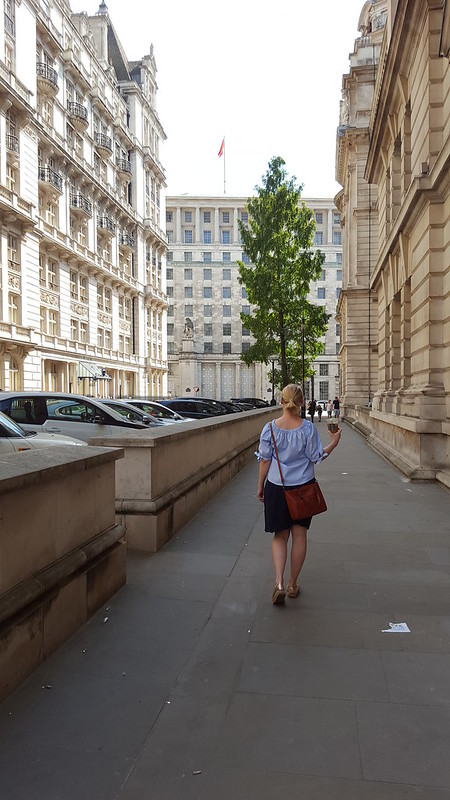 I think that apps such as What to Expect really helped me keep this pregnancy a secret till now. Talking to other expecting mums, who’re all anonymous has helped me cope with many a symptom and made me feel less like a hermit.

Are you also expecting? Or had a baby? What were the things you wish you knew? Let me know.

Since early March I’ve been busy writing, but not busy publishing anything. Well, to be honest, I was busy writing...