I got very excited about being able to blog on the go from Japan. But after pushing four posts live, I realised that a smartphone is still only that, a phone. Unfortunately, it wasn’t very easy to write, edit photos and such on a small screen, especially when the apps didn’t really work as expected. But the good news is that we’re back in London now, I’ve got my laptop and am more than ready to share the rest of our Japanese adventure with you. And the next one is still very much alive in my memories. A perfect day trip to Kamakura.

Kamakura is a seaside town just south of Tokyo and it only takes about an hour on the local train. We kept using PASMO, which is brilliant as you just top it up (cash only at the machines) and can use it on metro as well as trains. You can even pay in certain shops all over Japan with it. It was one of the most useful items we had. To get to Kamakura take the JR Yokosuka line from Tokyo station to Kamakura station. 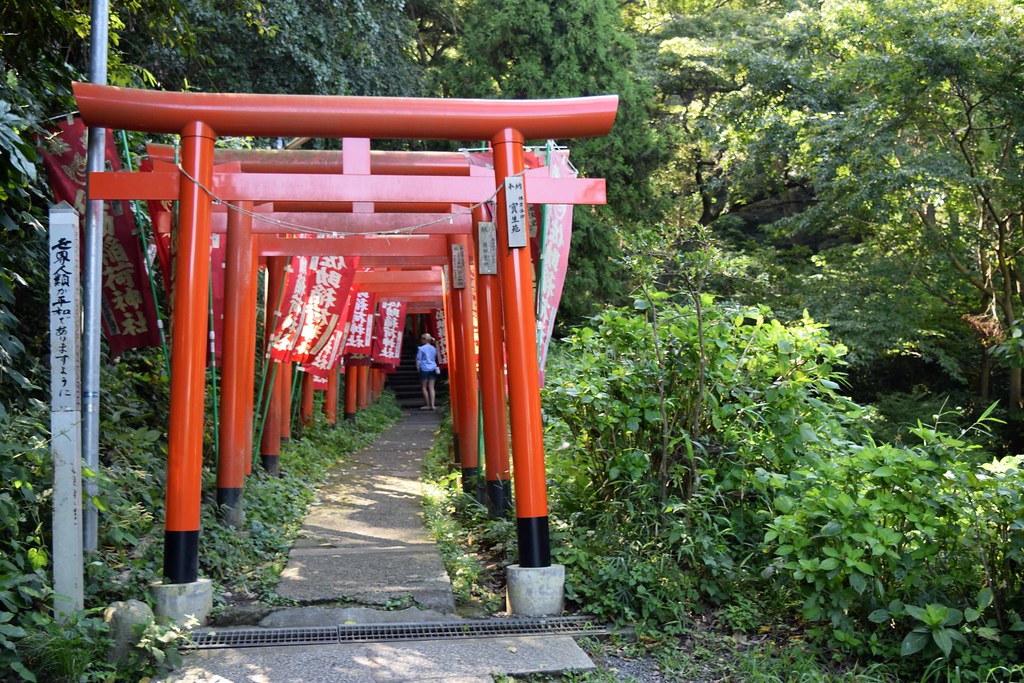 Kamakura was the political center of medieval Japan, so it’s no surprise that it’s filled with temples and shrines. But its most prominent sight is probably the Great Buddha, a 13m high statue, which still stands despite the natural disasters hitting the area. 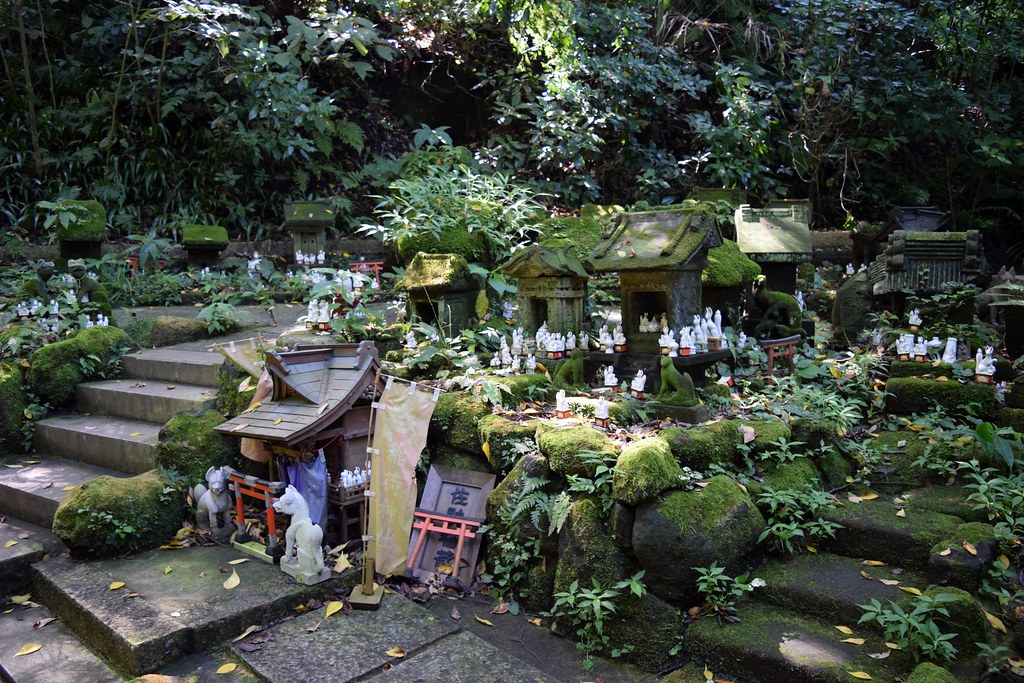 Kamakura is a perfect day trip not only because of the easy access, but because everything is really well organised and signposted. If you decide to do a walk, as we did, you only need to follow the signs and they’ll take you from a shrine to a temple to the Great Buddha without a glitch. We didn’t want to visit all of them, but decided that a shrine, a temple and Buddha will be enough. After that we wanted to relax on the beach and enjoy some more sunshine (me) and trying to hide from it (Ben). 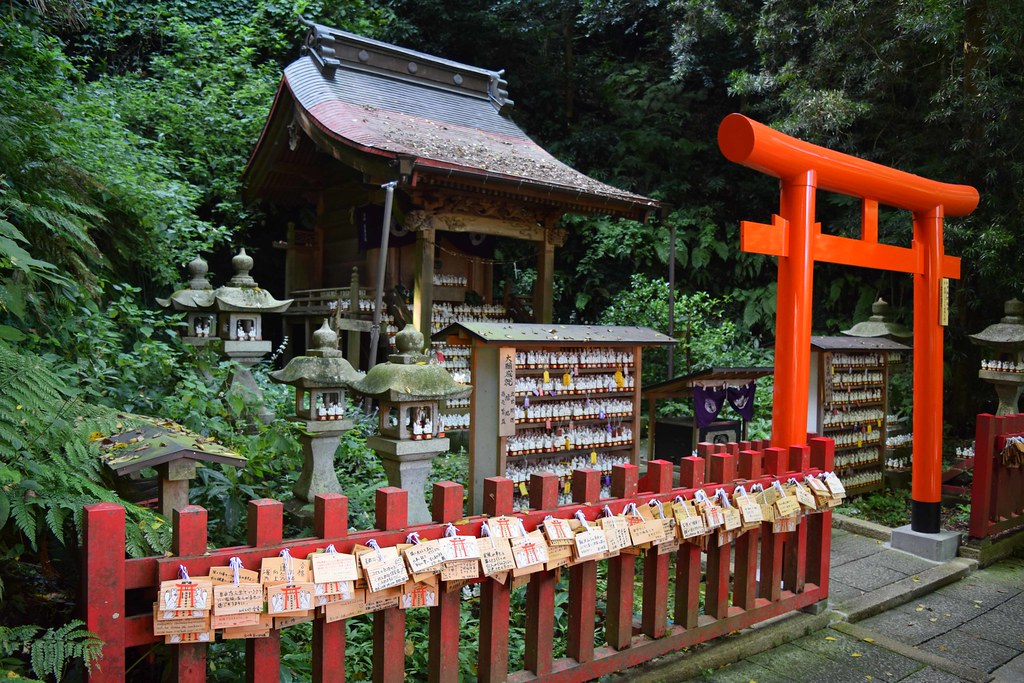 Our route took us to Sasuke Inari Shrine, which is beautifully tucked away on a hill amongst the trees. And that’s lucky if you’re there on a scorching hot day as we were. This was probably one of my favourite shrines. I loved the stairs and tori leading to it, the countless figurines people leave there and hidden little areas. Unfortunately, we weren’t wearing shoes appropriate for hiking, so we had to skip the last climb as it was too slippery. 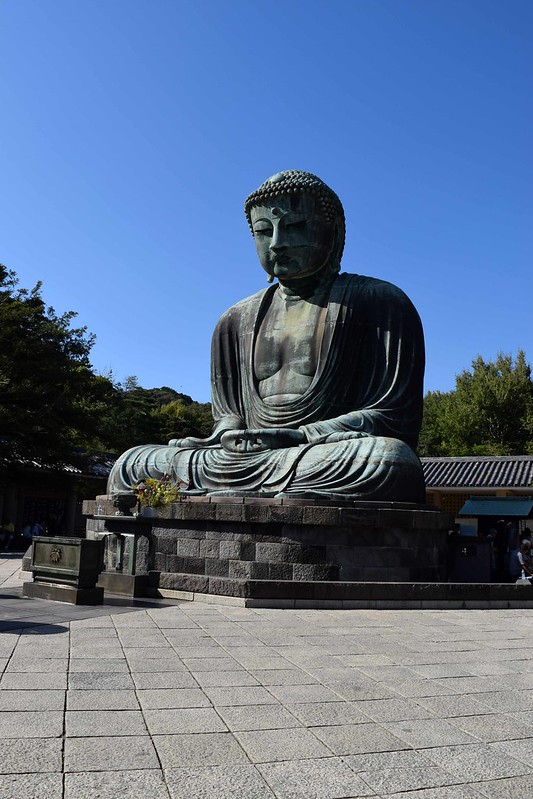 Our next stop was the Great Buddha, Kamakura Daibutsu, where we feasted on some delicious products from a train station bakery. The Great Buddha was the main reason for our perfect day trip and it’s unusual as it’s in the open air and it’s smaller than the one in Nara. It’s still impressive though, especially surviving tsunamis and earthquakes. You can learn all about its preservation too. 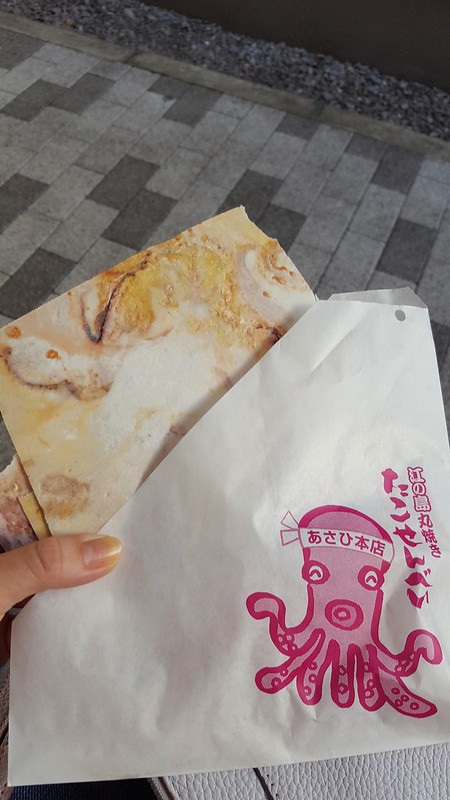 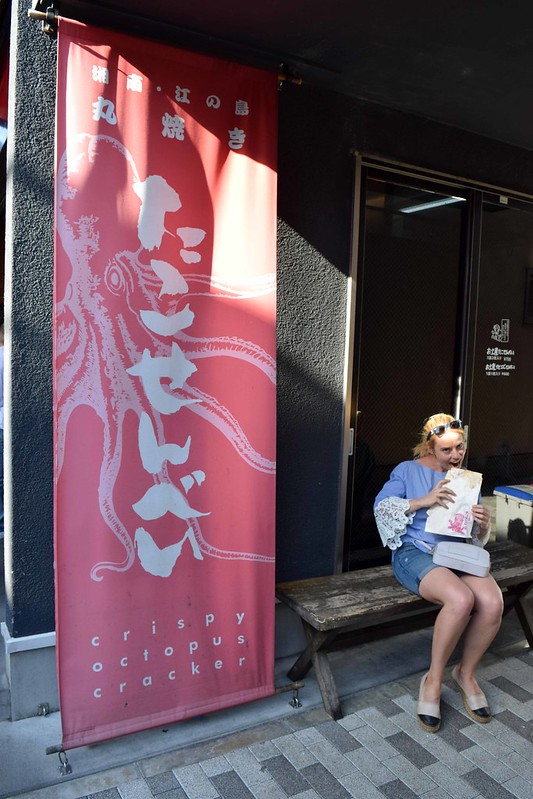 While walking to Hasedera Temple we came across a man making octopus crisps and of course we had to try it. It was fantastic, extremely breakable and thin and tasting of, well, octopus. They make it in a very ingenious way, grab a small octopus, throw it in some flour, put it on the hot press and squeeze between two heavy plates. Let it cook and serve. It’s as basic as it gets, but needs to be tried. 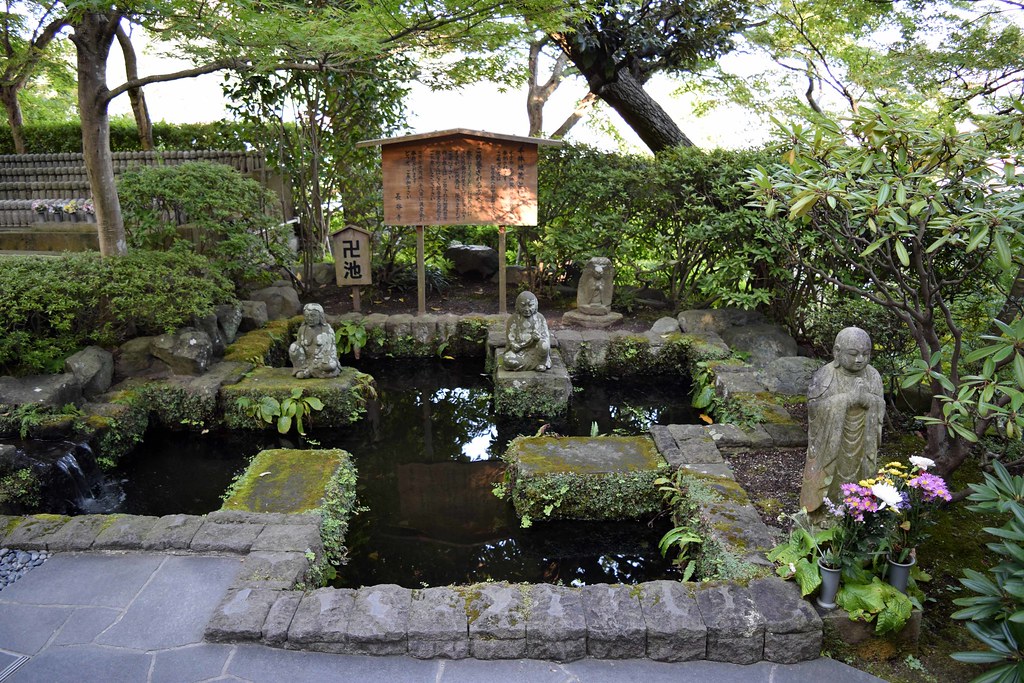 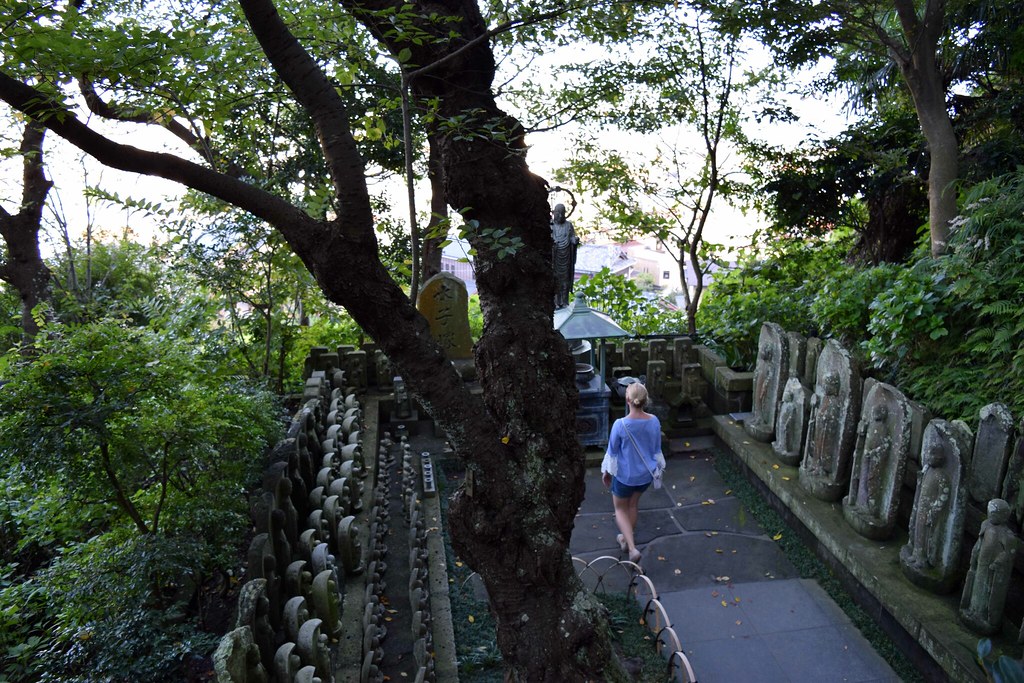 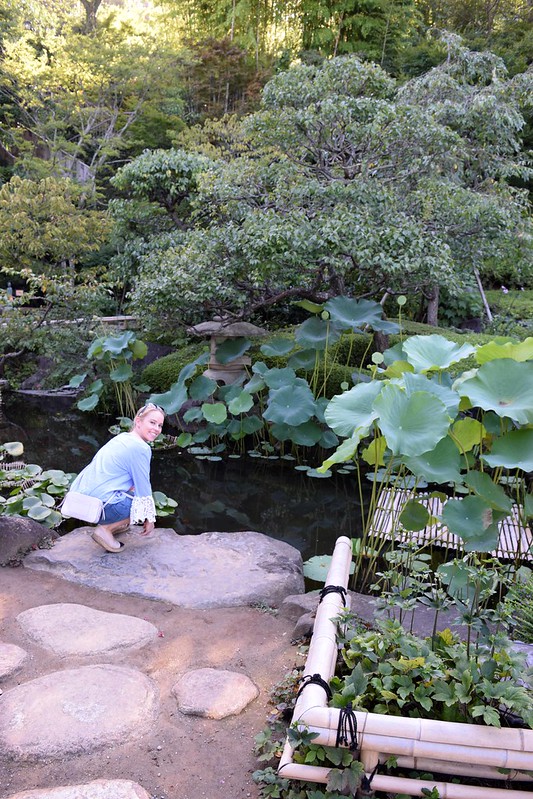 Hasedera Temple, which I think is the largest one in Kamakura, is definitely worth a visit. There’s a small fee to pay, but the temple is beautiful. It’s a gift that keeps giving from the beautiful garden, a cave, beautiful main building, prayer scrolls and a viewing point. It took my breath away. 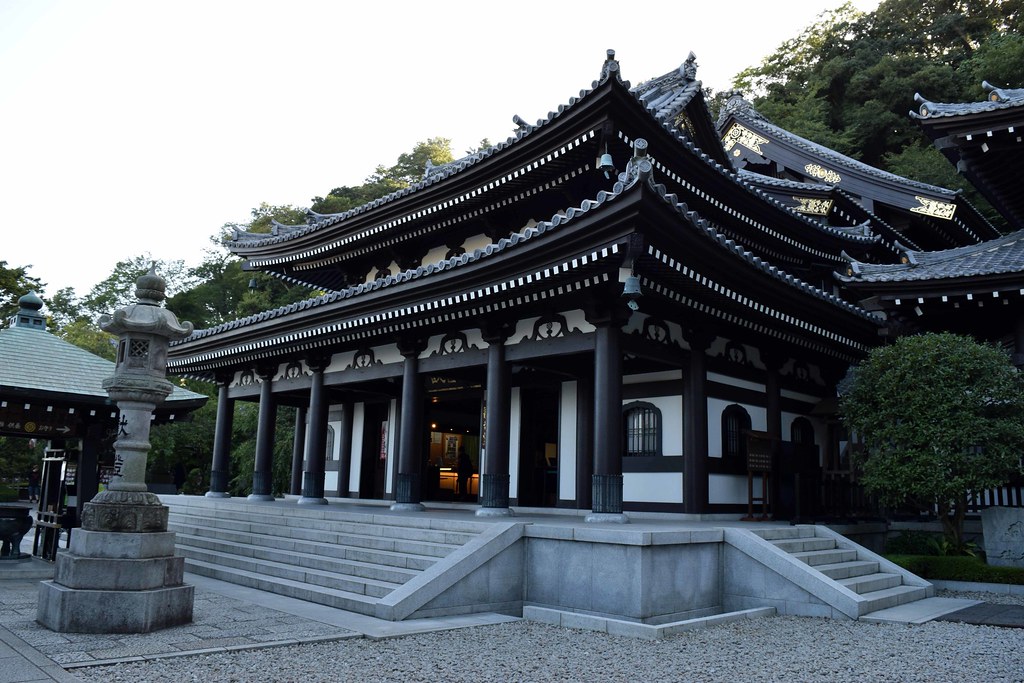 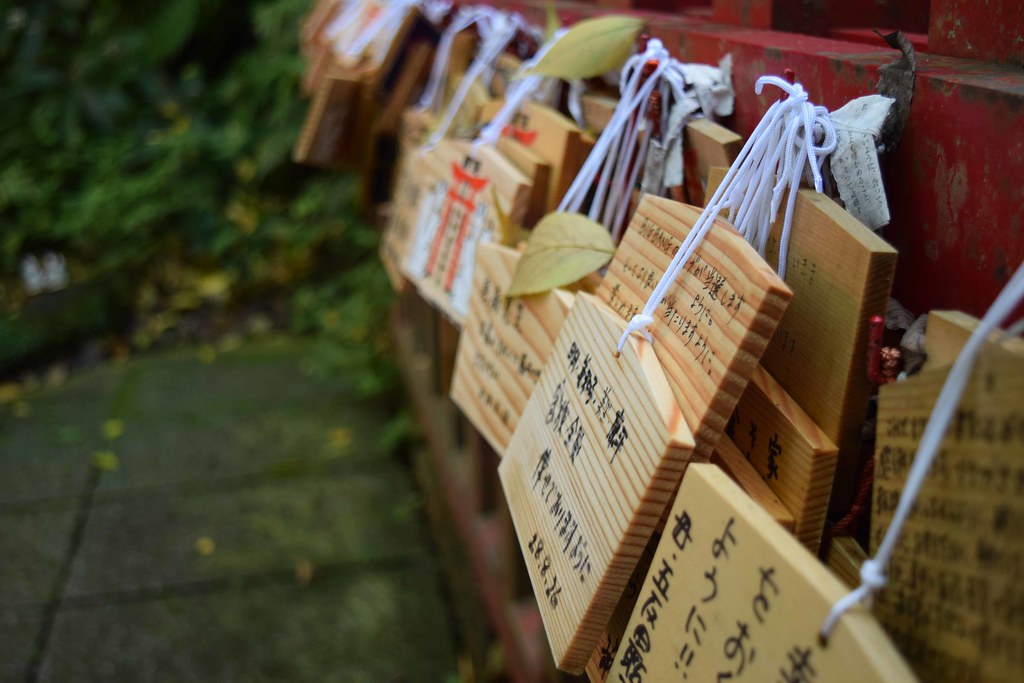 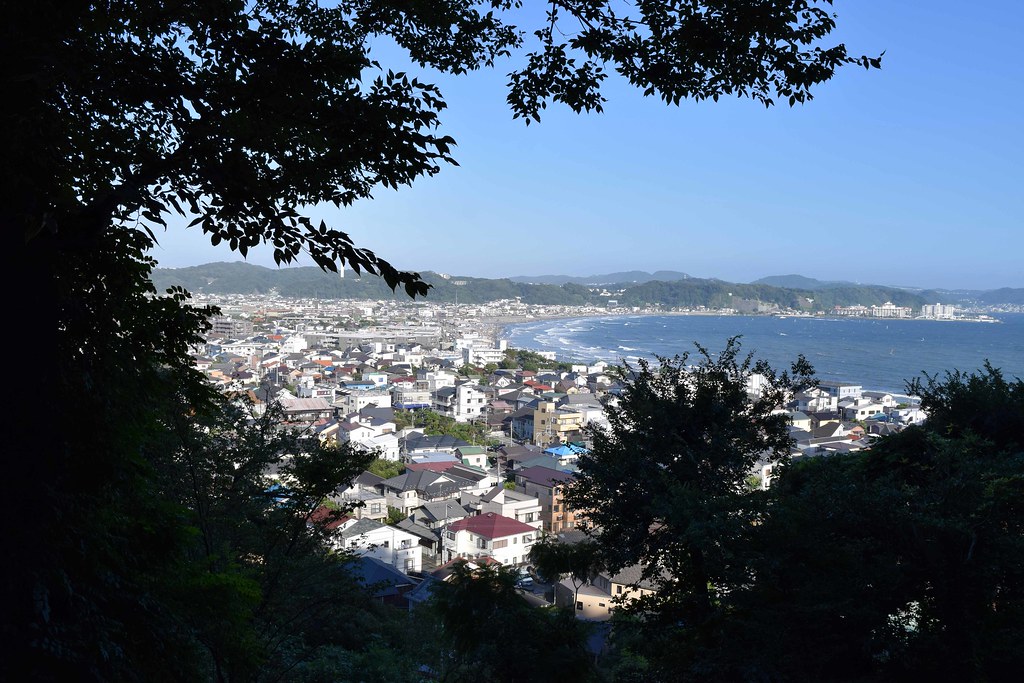 And a perfect day trip to the sea wouldn’t be perfect without the sea, so we headed to the beach where I awoke my inner child and happily paddled in the water. See the smile on my face? 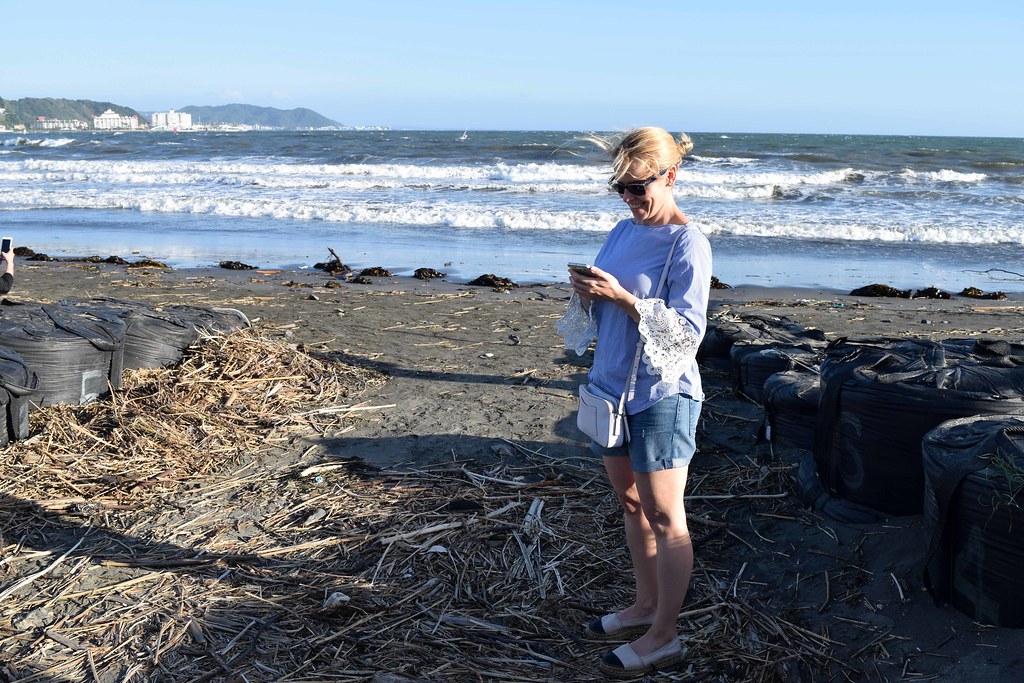 Here are some items that I wore. Lots are sold out, but I try to link to similar.

Let’s keep in touch on Bloglovin’.

Ten Things We Can Learn From the Japanese

Ten things we can learn from the Japanese that have the potential to make our lives better and less stressful.